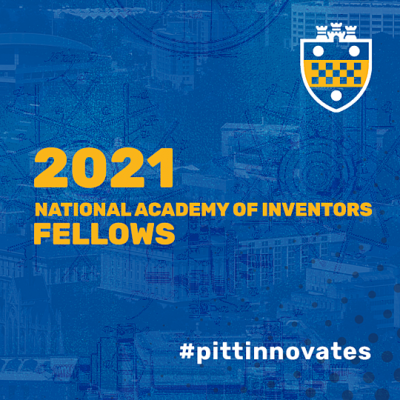 Originally published by the Innovation Institute.

William “Buddy” Clark and Steven R. Little, both from the University of Pittsburgh Swanson School of Engineering, have been selected as members of the 2021 Fellow class of the National Academy of Inventors (NAI), the highest professional distinction accorded to academic inventors. They are the 9th and 10th Pitt faculty to be selected as NAI Fellows since its inaugural class named in 2015.

Dr. Clark is Professor of Mechanical Engineering and Materials Science and is co-founder of Diamond Kinetics, a Pittsburgh-based company that produces data-driven bat swing and throwing systems for baseball and softball training. The company’s products are used by many of the teams in Major League Baseball and sold direct to consumers at Dick’s Sporting Goods. The company employs approximately 30 people on the North Shore near PNC Park.

Dr. Little is a Distinguished Professor and the William Kepler Whiteford Professor of Chemical and Petroleum Engineering, in addition to being the department chair. He has appointments to the departments of Bioengineering, Immunology, Ophthalmology and the McGowan Institute for Regenerative Medicine. Dr. Little is a co-founder of Pitt spinout company Qrono Inc., which is developing therapies that change the way cancer tumor cells and immune cells interact in a way manner that enables immune T cells to infiltrate metastatic tumors. In 2020 he co-authored a study in the journal Science Advances that utilized a similar microparticle therapy that “hacks” the immune system to accept transplanted tissue.

The NAI Fellows Program highlights academic inventors who have demonstrated a spirit of innovation in creating or facilitating outstanding inventions that have made a tangible impact on the quality of life, economic development, and the welfare of society. The 164 members of the 2021 Fellow class hail from 116 research universities and governmental and non-profit research institutes worldwide. They collectively hold over 4,800 issued U.S. patents.

“We are thrilled to have two more outstanding Pitt innovators named as Fellow of the National Academy of Inventors,” said Evan Facher, Vice Chancellor for Innovation and Entrepreneurship at the University of Pittsburgh and director of the Innovation Institute. “What stands out about both Buddy and Steve is their willingness to collaborate across disciplines to develop solutions to problems and their passion for nurturing a culture of innovation and entrepreneurship among their colleagues and students.” 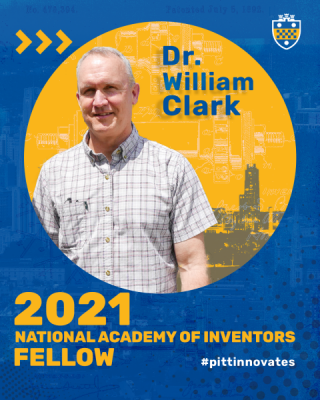 Dr. Clark's research interests are in the areas of mechatronics, controls, and sensors, with recent emphasis on measurement and data science of human motions using wearable inertial sensors, including studies that investigate knee, cervical spine, lumbopelvic, and upper extremity motions. He has also been quite active in studying smart systems, energy harvesting, and the development of sensors and devices for a variety of medical and industrial applications.

Dr. Clark has been issued 11 U.S. patents with several more pending. He has had his innovations licensed for sensor technologies that measure pH in human tissue, and others for detecting tissue type experienced by a cannula or needle, such as for a smart catheter that can alert healthcare workers inserting intravenous lines when the needle is inside the vessel, helping eliminate the need for multiple needle sticks.

He was named the University of Pittsburgh Innovation Institute’s Marlin Mickle Outstanding Innovator In 2019, where he stated that he gets as much, if not more, satisfaction from helping bring other people’s ideas to life as he does his own.

He is named on patents alongside colleagues from departments as disparate as chemistry, surgery, and critical care medicine. Recognizing a gaping need for a space at the School of Engineering for students to be able to freely create and prototype their ideas, he was instrumental in developing three maker spaces in the basement of Benedum Hall.

“Dr. Clark is one of the most innovative and collaborative inventors at the University of Pittsburgh,” said Rory Cooper, Director of the Human Engineering and Research Laboratory, and Pitt’s inaugural Fellow of the NAI in 2015. “Dr. Clark divides his efforts evenly between his own innovative research and helping others to bring their ideas to life.” 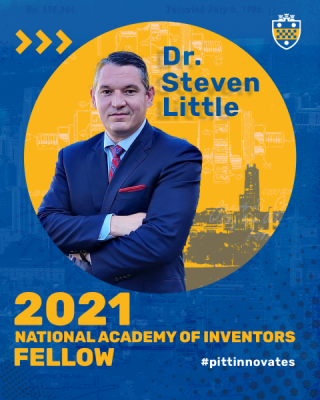 Since joining the Pitt faculty in 2006 after his doctoral training, Dr. Little has secured nearly $30 million in peer-reviewed funding from federal sources and has been issued 12 U.S. patents that have been licensed six times. Through his seven-year tenure as Chair, the Department of Chemical and Petroleum Engineering has seen over a two-fold increase in grant proposal submissions a nearly two-fold increase in peer-reviewed publications.

Dr. Little’s initial two patents were licensed by Zycos Inc. for their DNA vaccine pipeline, and was subsequently acquired by MGI Pharma. His patents on thermoresponsive hydrogels containing polymer particles led to the founding of OTERO Tx.

Dr. Little has been recognized by national and international awards including the Curtis W. McGraw Research Award from the ASEE, elected as a fellow of the BMES and AIMBE, a Carnegie Science Award for Research, the Society for Biomaterials' Young Investigator Award, named a Camille Dreyfus Teacher Scholar, named an Arnold and Mabel Beckman Young Investigator, and elected to the Board of Directors of the Society for Biomaterials.

The Controlled Release Society, which is the premier society world-wide for delivery science and technology, has recognized Dr. Little with three of its top honors: Distinguished Service Award (2021), College of Fellows (2020), and Young Investigator Award (2018).

“Dr. Little has focused on innovation, entrepreneurship and technology translation for his entire career,” said Nicholas Peppas, Professor and Director of the Institute for Biomaterials, Drug Delivery and Regenerative Medicine at the University of Texas. He is also an inaugural Fellow of the NAI. “As a leader of an academic department, he has made improvements to his department’s education programs in innovation and entrepreneurship, which has led to student-driven founding of companies and winning local and national prizes.”