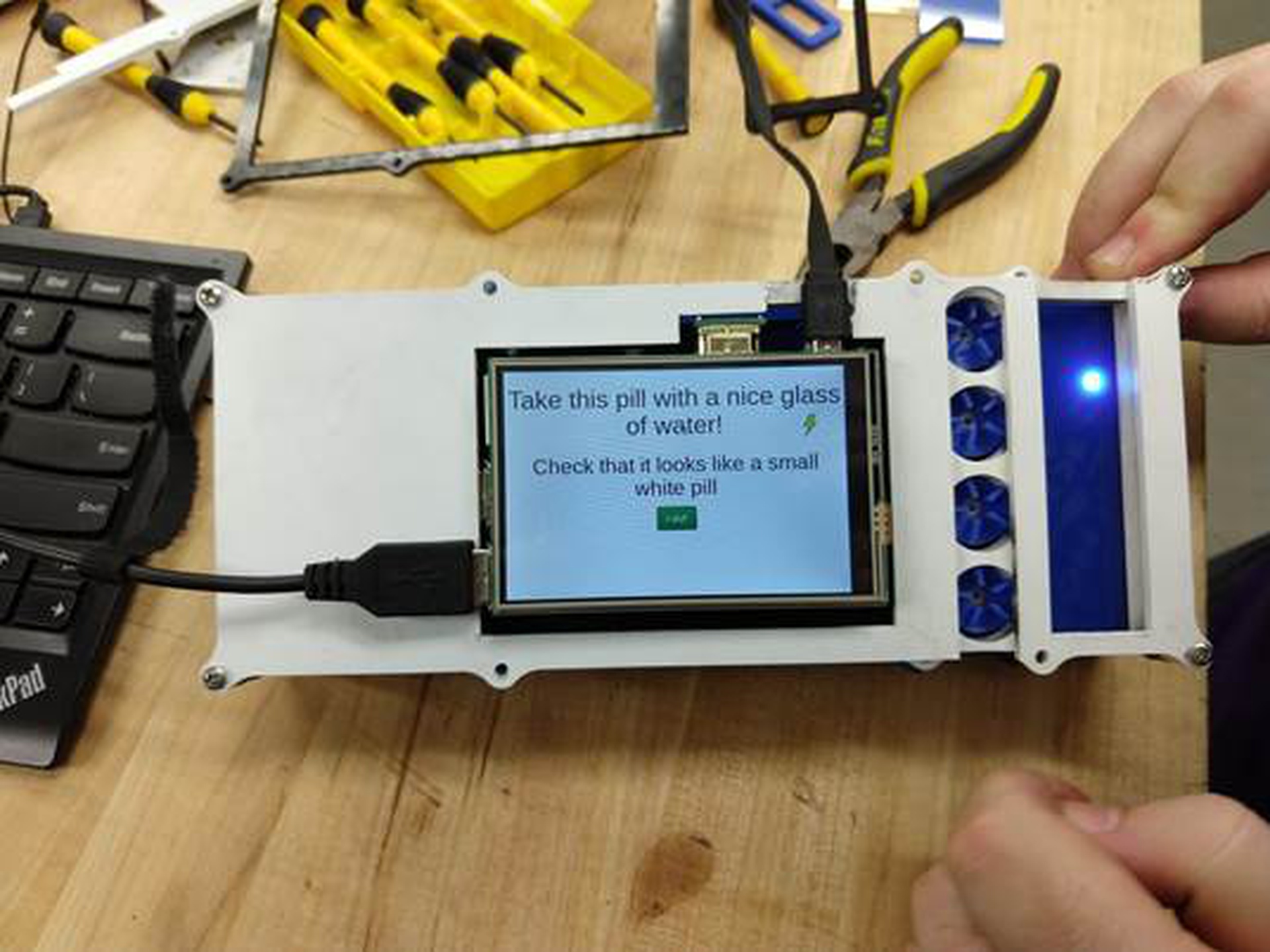 PITTSBURGH (October 16, 2018) … Two undergraduate students from the University of Pittsburgh Swanson School of Engineering participated in the Hack This. Help Kids pediatric healthcare hackathon on October 5-6, 2018. The Swanson School team, along with another Pitt undergraduate, won the Kids’ Choice Award for their prototype pill dispenser. The event was hosted by UPMC Children’s Hospital of Pittsburgh Foundation and presented by the Citrone Thirty Three Foundation and Tulco.

Each group tackled a “pain point” topic for their project. The Sailbot 2020 team chose the “stick to the medicine schedule” option and decided to prototype a smart, kid-friendly pill dispenser. This “pain point” addresses the issue that pediatric patients, who may leave the hospital with a strict regimen, often have difficulty following a medication schedule.

“Our idea was that a physician could enter what medications need to be taken at what time into our device, and it will track the medication schedule, alerting the patient and dispensing a pill at the appropriate times,” said Stocking. “The prototype can accommodate up to five pills for four different medications. The onboard screen also provides real-time instructions for parents on how to load the pills into each slot.”

The team added additional features to target their main demographic - pediatric patients. “We utilized a touch screen and lights to make it attractive for kids, and our thought was to later develop games that would appeal to kids and make the process more fun,” said Stocking. The prototype was successful in this regard because it proceeded to the competition finals and was awarded the Kids Choice Award by a panel of adolescent judges.

Regarding their success, Stocking said, “We built the prototype in under 20 hours, so we were pretty happy with the result!”