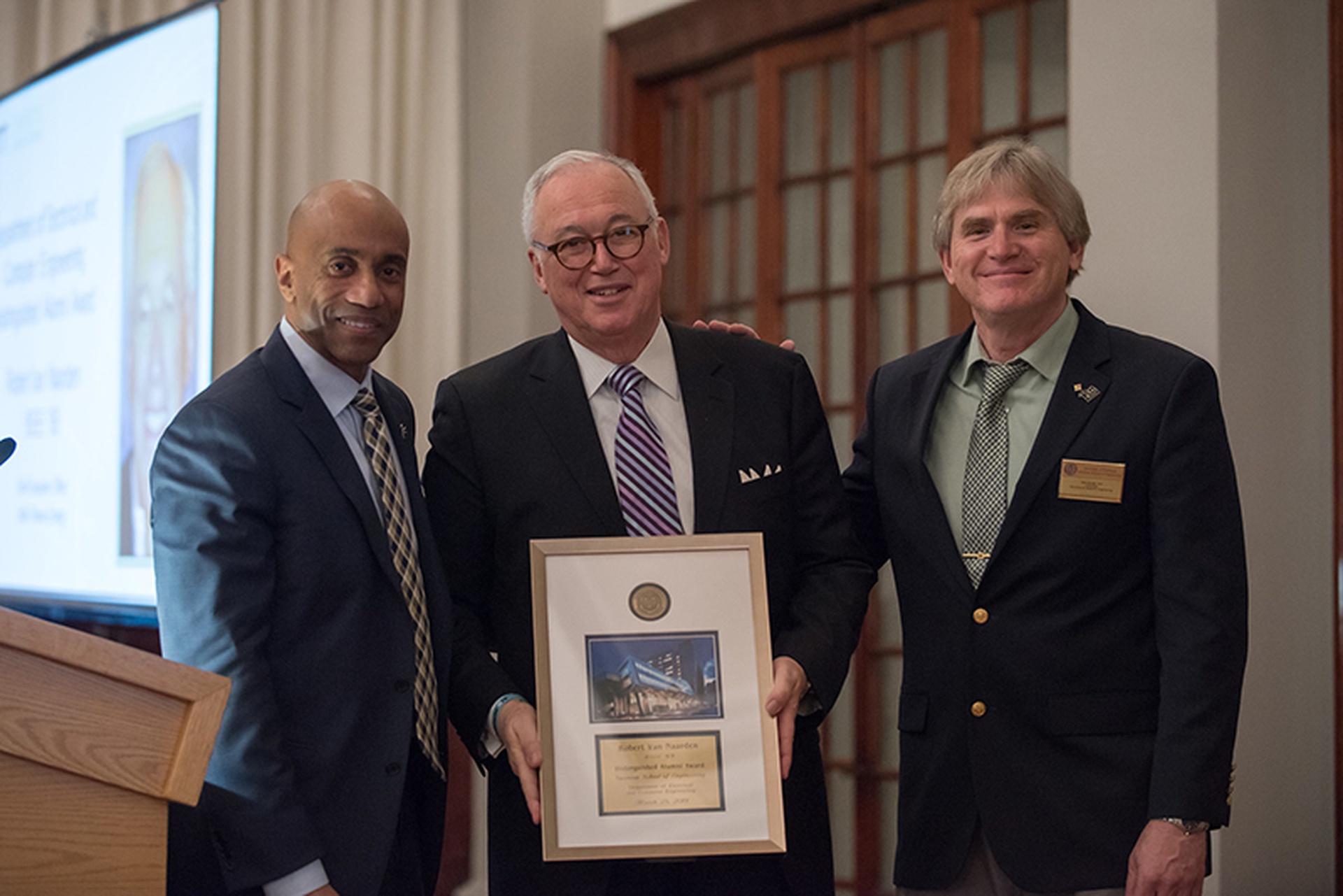 This year’s recipient for the Department of Electrical and Computer Engineering is Robert Van Naarden, BSEE ’69, CEO of Delta Thermo Energy.

“We like to ask our alumni what they remember most while at Pitt, and Robert said that his Pitt engineering education ‘prepared me for the real world not only for design engineering, which is how I started my engineering career, but even more importantly the discipline of critical thinking,’” says Dean Martin. “That education is apparent from the many things Robert has achieved—from the first minicomputer that he worked on in 1970 to the leadership in sustainable energy he provides today.”

While pursuing his PhD he was offered a position with Digital Equipment Corporation (DEC) to design defense critical systems computers. He was on the original design team of the PDP 11, which became the world’s most successful mini-computer. After migrating through various engineering and engineering management roles, he originated the idea to design and bring to market the world’s first microcomputer, the PDP 16, based partially on the successful PDP 11 design. He grew to be the youngest Profit and Loss Group Manager at DEC and managed its fastest growing business.

While in Philadelphia, Mr. Van Naarden earned an Executive Master of Business Administration degree at the Wharton School of the University of Pennsylvania, sponsored by Digital.

In 1979, he co-founded Convergent Technologies (CT). CT became the fastest growing company in the computer industry. He and his partner at Convergent started another company, Ardent Computer, which was focused on the single user supercomputer space. After four years, the company merged with its principal competitor, Stellar Computer, to form Stardent Computer. Two years later, at Rob’s direction, the company was sold by splitting it up into its four components/divisions.

Mr. Van Naarden moved on to start and fix a variety of other companies: Supermac, Firepower, Netframe, AMT, Sensar and Authentidate, where he started the company as its founder and CEO.

In 2004, Mr. Van Naarden became CEO of Empire Kosher Poultry, Inc, turning it into a profitable company within nine months after running at a loss for seven years. After four years, Mr. Van Naarden returned to his roots in technology and is currently the CEO of Delta Thermo Energy an alternative energy company which uses innovative technologies for converting waste materials to energy.

Mr. Van Naarden also serves as a General Partner at BVB Capital Group and on the boards of several technology companies.