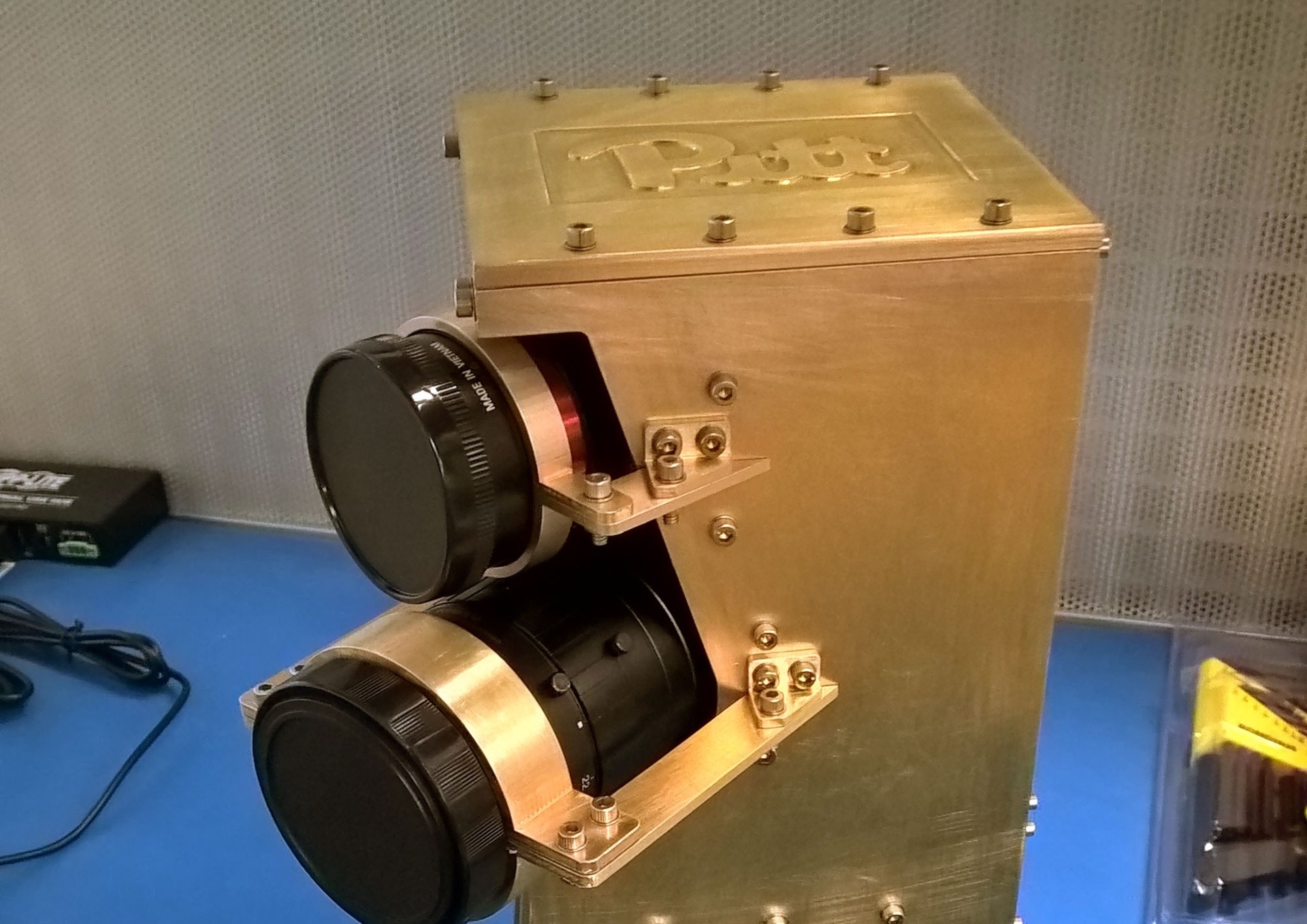 PITTSBURGH (March 5, 2018) … In T minus 8,760 hours, or roughly one year, the Space Test Program-Houston 6 (STP-H6) hybrid and reconfigurable space supercomputer will board the International Space Station. The newest mission to the ISS featuring research and technology from the University of Pittsburgh’s NSF Center for Space, High-performance, and Resilient Computing (SHREC) will bring an unprecedented amount of computing power into space and invaluable research opportunities from the ground station on Pitt’s Oakland campus.

“Computer engineering for space is the ultimate challenge,” says Alan George, SHREC founder and the Mickle Chair Professor of Electrical and Computer Engineering (ECE) at Pitt’s Swanson School of Engineering. “Space computing has become a principal challenge in all spacecraft, since remote sensing and autonomous operation are the main purposes of spacecraft and both demand high-performance computing.” This new mission experiment is the work of an outstanding team of graduate and undergraduate students studying at Pitt, led by Chris Wilson.

Earlier this month, the Pitt system for STP-H6 completed its 1,400-mile earth journey from NASA Goddard Space Flight Center in Greenbelt, Md. to NASA Johnson Space Flight Center in Houston. Its next much shorter trip is scheduled for February 2019 when it will travel 240 miles skyward from NASA Kennedy to the ISS. The new space supercomputer is nearly three times more powerful than its predecessor launched last year and contains dual high-resolution cameras capable of snapping 2.5K by 2K pixel images of Earth.

“Our new system has a similar goal to perform in space and evaluate our new kind of space computer featuring an unprecedented combo of high performance and reliability with low power, size, weight, and cost,” Dr. George explains. “The big difference is that our STP-H6 system is more powerful in computing and sensing capability and arguably the fastest computing system ever deployed in space.”

The new system for STP-H6 passed extreme environmental testing at NASA Goddard and recently completed initial integration and testing at NASA Johnson. It will remain at NASA for a year of integration and verification. When all systems are go, STP-H6 will travel to the ISS on a SpaceX rocket, marking the second time that Pitt has had a payload on SpaceX technology.

“We think it’s a perfect match since SpaceX is an industry leader in launch vehicles and SHREC is the leading academic group in space computing,” says Dr. George.

Another first for SHREC is collaboration with the Swanson School of Engineering’s Department of Mechanical Engineering and Materials Science (MEMS). Assistant Professors Dave Schmidt and Matthew Barry led the MEMS department’s contributions by designing and verifying the system chassis to meet the demands of STP-H6.

“Dr. Schmidt worked on mechanical design and validation of the system so it fit the new additions to the H6, and I worked thermal modeling so the system had the capacity to dissipate heat from the electronics within,” says Dr. Barry. “An excellent group of volunteer students were fully engaged and committed to make sure the project succeeded.”

Dr. George intended academic, industrial, and governmental collaborations like the one between the ECE and MEMS departments when he brought the NSF Center for High-Performance Reconfigurable Computing (CHREC) from the University of Florida to Pitt in 2017 and later reorganized it as SHREC. It is the first interdepartmental partnership on a space mission in Swanson School history.

“Our first ISS experiment entirely focuses upon R&D topics in computer and electrical engineering, so it was handled entirely in SHREC and ECE. However, our second mission brought additional challenges in mechanical design, thermal analysis, and safety analysis – challenges that we as electrical and computer engineers couldn’t tackle alone – so we reached out to colleagues in the mechanical engineering department,” says Dr. George.

The full name of the new payload is the STP-H6/SSIVP or the Space Test Program – Houston 6, Spacecraft Supercomputing for Image and Video Processing. Its predecessor on STP-H5 is the CHREC Space Processor or STP-H5/CSP. The H5 system will remain on the ISS, working separately and together with the H6 system on a dynamic set of space technology experiments.

“After one year in space, the H5 system is proving highly successful in the harsh environment of space, and researchers are using it as a sandbox for a growing list of experiments uploaded from the Pitt campus. When a new technology is deployed in space, the first and biggest question is whether it will operate well there, and ours continues to impress,” says Dr. George.