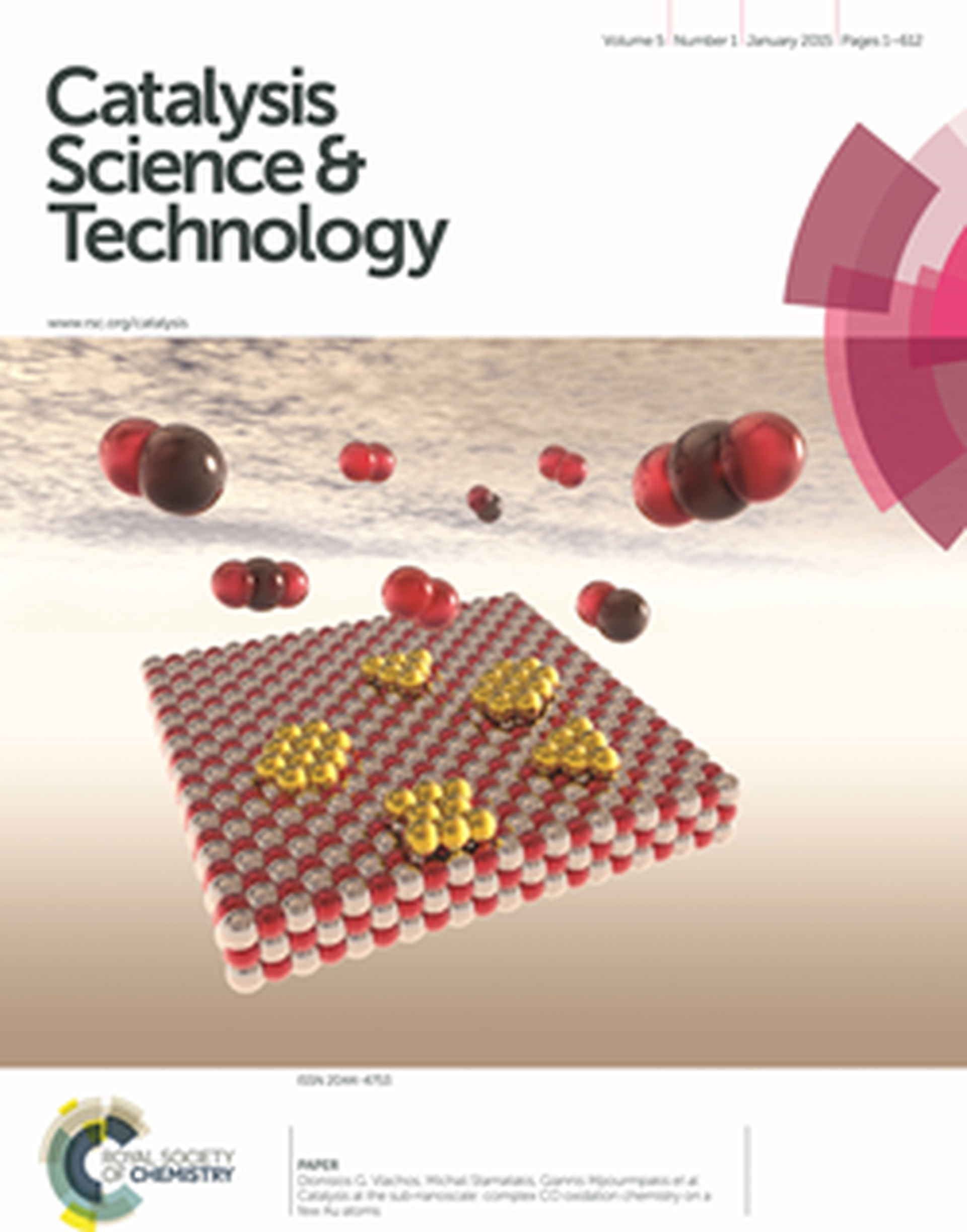 PITTSBURGH  (December 9, 2014) … Precious elements such as platinum work well as catalysts in chemical reactions, but require large amounts of metal and can be expensive. However, computational modeling below the nanoscale level may allow researchers to design more efficient and affordable catalysts from gold. These novel computer simulations to better explore how catalysts function at the nanoscale, led by researchers at the University of Pittsburgh Swanson School of Engineering, was featured as the  cover article  in the January issue of "Catalysis Science & Technology," published by the Royal Society of Chemistry.

"Gold has been widely used as jewelry since ancient times because it does not corrode and keeps its bright yellow color," Dr. Mpourmpakis said. "However, subnanoscale catalysts consisting of only a few gold atoms show very rich and difficult to understand chemistry and finding the right composition requires trial and error experimentation in the lab. For example, a catalyst that consists of eight gold atoms can be extremely active for oxidation reactions, whereas the catalyst of six gold atoms is not active at all. This behavior has puzzled many researchers over the last decade."

According to Dr. Mpourmpakis, these new computational modeling methods reduce the time and expense of lab experimentation and allow for more precise predictions of how to design a better catalyst using minute amount of metal to reduce its cost. For example, a typical reaction on platinum catalysts would require thousands of atoms of rare metal, while the same reaction utilizing gold might require fewer than ten. The greatest potential impact for this process would be in energy-and-environment-related fields, such as the catalytic reactions that convert carbon monoxide to carbon dioxide in automobile exhaust and the production of hydrogen using water and carbon monoxide.

Dr. Stamatakis highlighted that "our study unravels a high degree of complexity in the catalytic behavior of small gold clusters. We were very excited to reveal many competing physicochemical phenomena on the catalyst that give rise to the activity of specific catalyst sizes."

This and other computational research undertaken by Dr. Mpourmpakis endeavors to build a more efficient modeling process to accelerate catalyst design while improving efficiency and reducing costs.

"In lab experiments you can't see in detail the physical and chemical properties that affect the catalytic activity, but with computations you can virtually "see" them and reduce experimental trial and error," he explained. "By designing an effective catalyst with only a few atoms of metal, we can create a more sustainable method to improve chemical reactions across many industries, especially throughout the energy sector.

The Gold Standard: New nanoscale computational modeling predicts gold could be an effective and affordable catalyst for energy and environmental applications