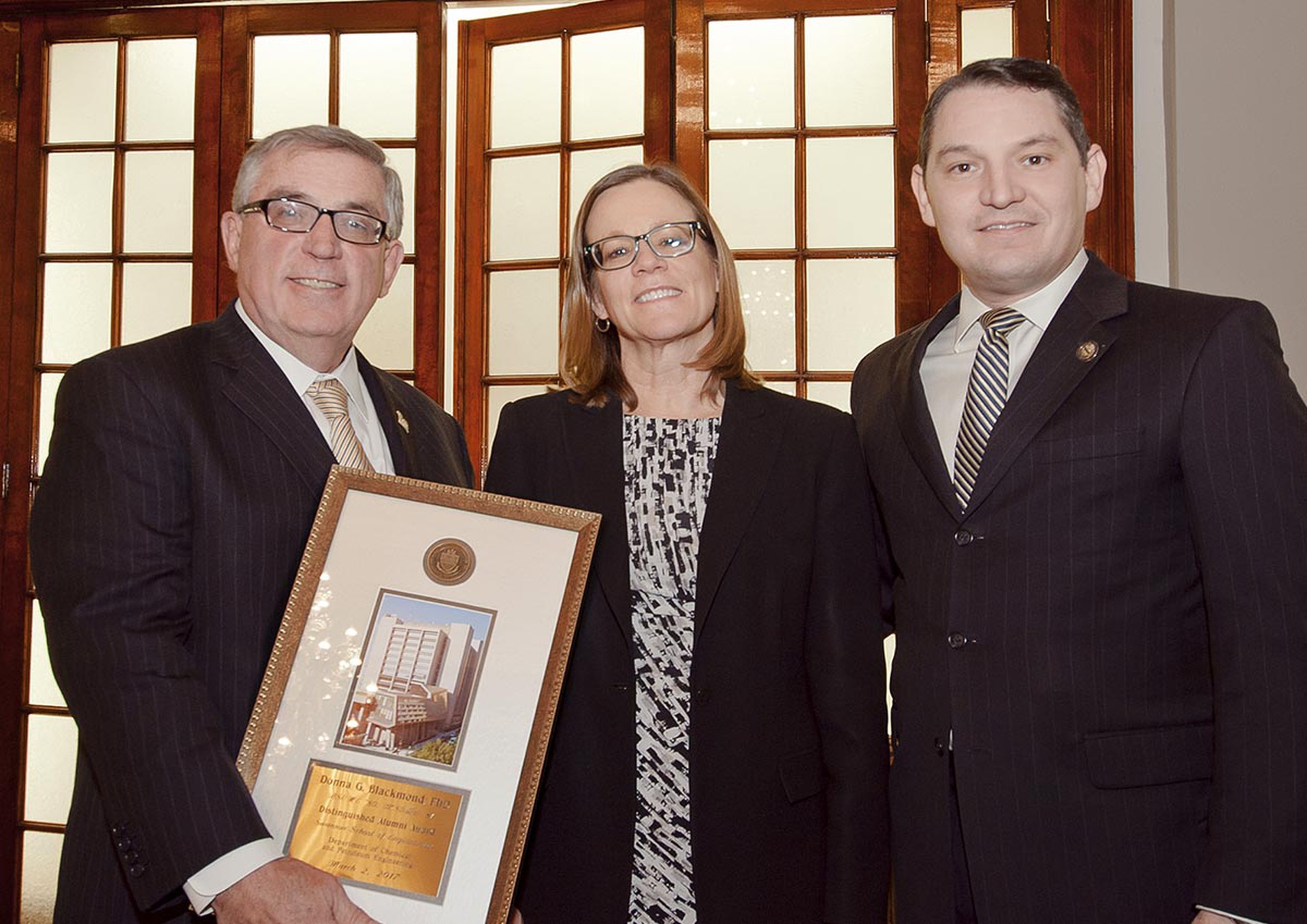 “Many of us here tonight, myself included, remember Donna as an outstanding student and researcher, and have followed her many accomplishments while making a major impact with her research,” said Dean Holder. “She is a pioneer of Reaction Progress Kinetic Analysis, and her research into prebiotic chemistry and asymmetric catalytic reactions is recognized worldwide.”

Blackmond’s research focuses on kinetic, mechanistic and reaction engineering studies of organic reactions for pharmaceutical applications, including asymmetric catalysis. She has been invited to give her short course on Kinetics of Organic Catalytic Reactions in academia (including Harvard, Berkeley, Zürich, Nagoya) and at major pharmaceutical companies around the world. Blackmond also carries out fundamental studies probing the origin of the single chirality of biological molecules. She was invited by the Royal Swedish Academy of Sciences to speak at a Nobel Workshop “On the Origin of Life” in Stockholm (2006). In 2012 she was named a Simons Investigator in the Simons Foundation Collaboration on the Origins of Life.