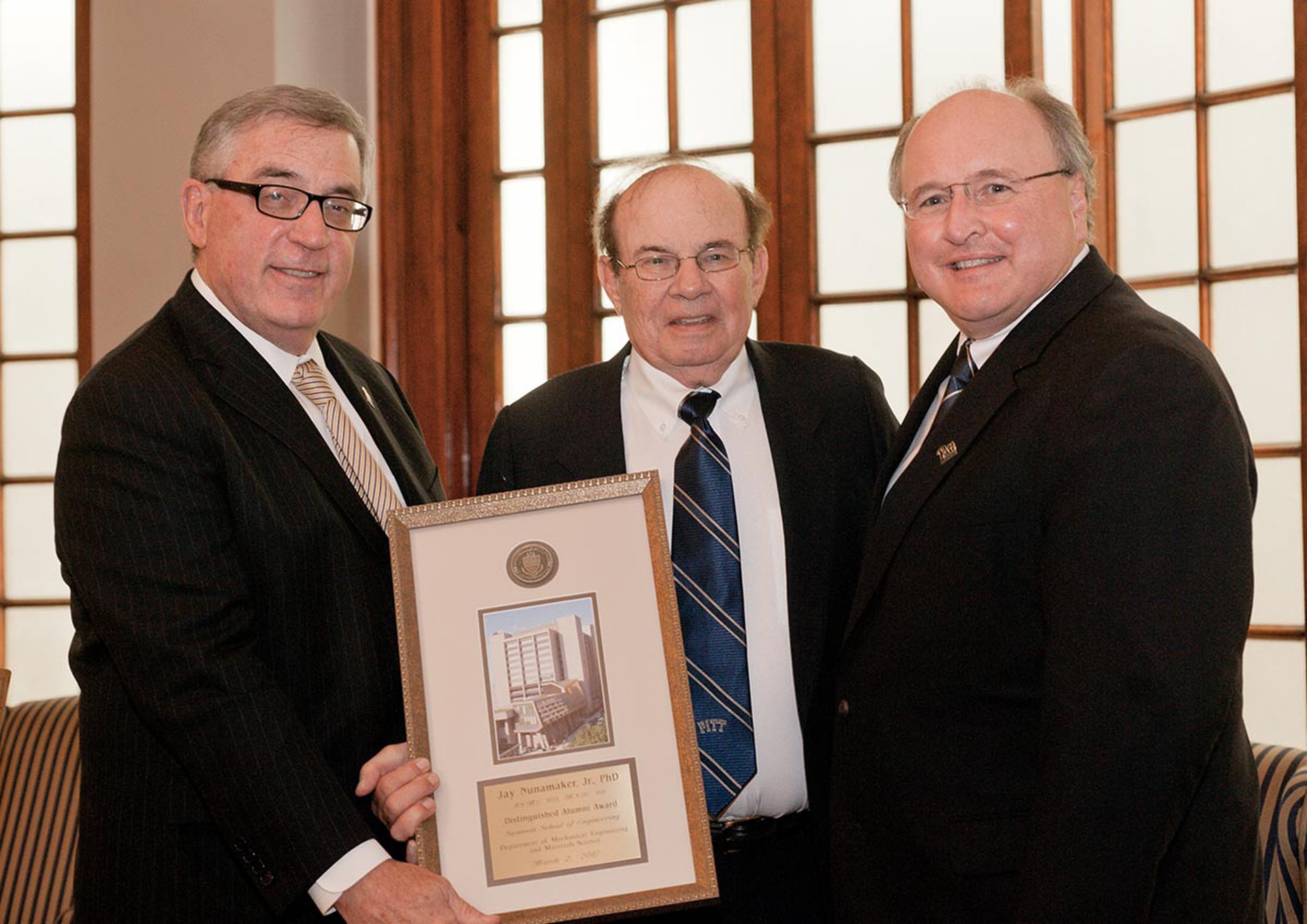 This year’s recipient for the Department of Mechanical Engineering and Materials Science was Jay Nunamaker, Jr., PhD, BSME ’60, MSIE ’66, Regents and Soldwedel Professor of MIS Computer Science and Communications, University of Arizona.

“Jay’s expertise in information technology is recognized around the world, and he has been named by Forbes Magazine as one of eight key innovators in information technology,” said Dean Holder. “To call his research production and citations ‘impressive’ would be a disservice, especially since this January, he was named the most prolific author of the past half-century by the Hawaii International Conference on System Sciences. He has over 25,000 citations and 400 publications. I also might add that he had over $100 million in research funding.”

About Jay Nunamaker
Dr. Jay Nunamaker, Jr. received his BS degree in mechanical engineering and MS degree in industrial engineering from the University of Pittsburgh. After graduating as a mechanical engineer, he worked at the Shippingport Atomic Power Station as a test and design engineer for 3.5 years. He received a BS from Carnegie Mellon University and his PhD in operations research and systems engineering from Case Institute of Technology of Case Western Research University. He continued his academic career as a research assistant on the ISDOS project at the University of Michigan and then became an associate professor of computer science and industrial administration at Purdue University. Nunamaker is currently the Regents and Soldwedel Professor of MIS, Computer Science and Communication and the Director of the Center for the Management of Information at the University of Arizona. He founded the MIS department at the University of Arizona in 1974 and served as department head for 18 years. He received his professional engineer’s license in 1965.

Forbes Magazine featured Nunamaker in the July 1997 issue as one of eight key innovators in information technology. He is widely published with more than 25,000 citations to his research. He has produced more than 400 journal articles, book chapters, books and refereed proceedings. The Hawaii International Conference on System Sciences recognized Nunamaker in January 2017 as the most prolific author over the past fifty years.