Two Swanson School Alumni Elected to Pitt's Board of Trustees 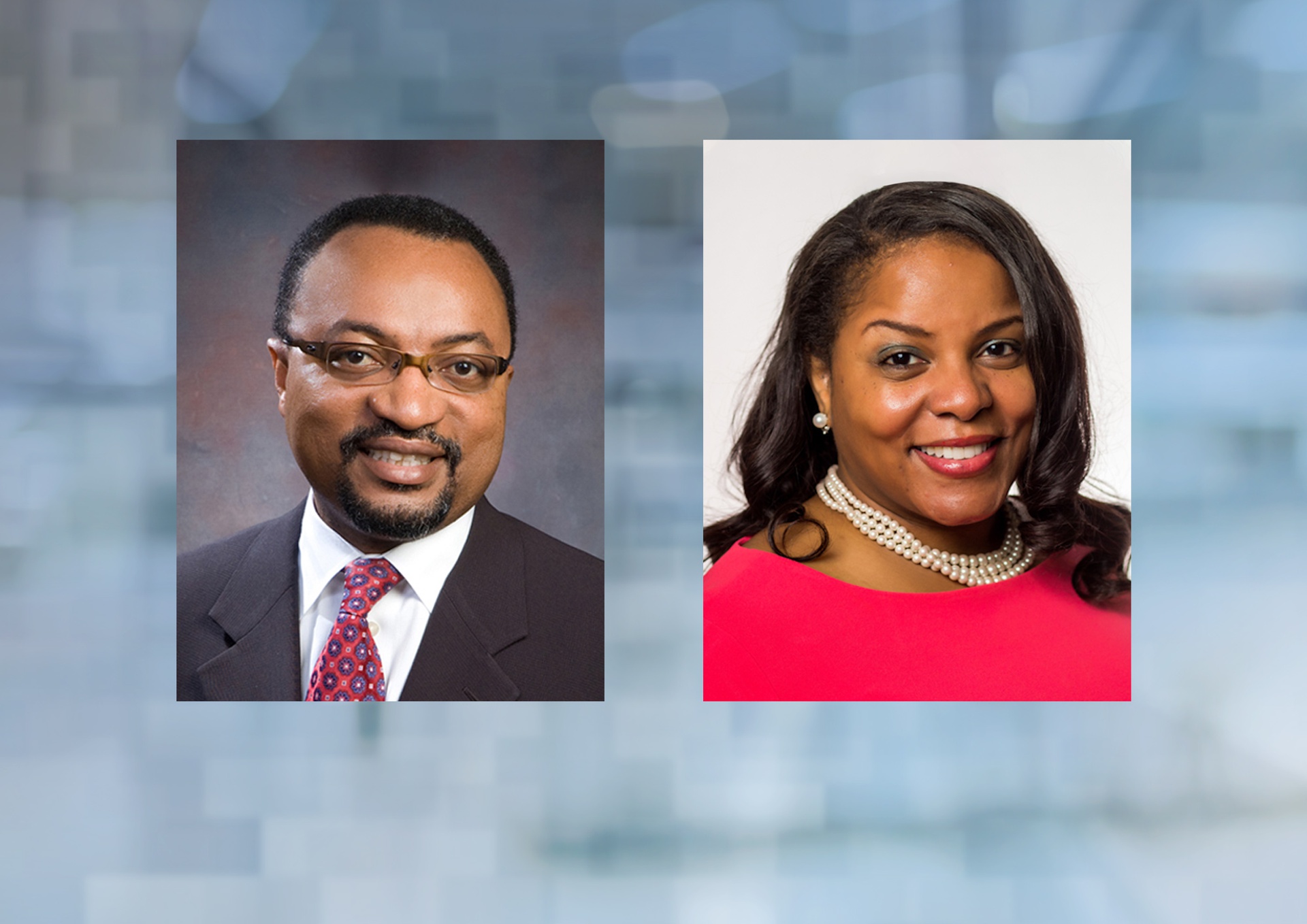 PITTSBURGH (June 28, 2019) ... The University of Pittsburgh Board of Trustees elected five new trustees during its annual meeting on Friday, June 28. The new members, all distinguished Pitt alumni, bring to the board a range of experience that spans decades in industry and public service.

The five new trustees are:

The board also re-elected Eva Tansky Blum to her fifth and final term as chair of the board, a position she has held since 2015. Thomas E. Richards, a long-serving Pitt trustee and executive chair of the board of directors for the technology services corporation CDW, was named chair-elect of the University’s Board of Trustees. In this capacity, he will become chair after Blum’s final term, which will conclude in June 2020.

The board also nominated Richards, Vaughn Clagette, James Covert and John Verbanac to serve on the UPMC Board of Directors.

Biographical information for the new members follows:
Robert O. Agbede currently serves as vice chair of Hatch USA, a global management, engineering and development consulting firm. He is the former CEO and owner of Chester Engineers, which merged with Hatch Ltd., in 2017. Agbede built Chester Engineers into one of the largest African American owned water/wastewater, energy and environmental engineering firms in the United States. There, he developed a work culture that emphasizes the importance of giving back and viewing corporate social responsibility as good business. He has earned several awards, including the Ernst & Young Entrepreneur of the Year—Business Services, the Minority Enterprise Development Agency’s Minority Small Business Award and the NAACP Homer S. Brown Award. In 2000, Agbede was inducted into the Hall of Fame of the Swanson School of Engineering, where he is currently a member of the Board of Visitors and chair of its Diversity Committee.

SaLisa L. Berrien is the founder and CEO of COI Energy and has more than 25 years of experience in the electric power and smart grid space, working in areas ranging from vertically integrated utility companies to an energy service company on smart grid, clean tech and big data analytics. Berrien is also founder and board chair of STRIVE Inc., a charitable organization that focuses on STEM leadership development training for students in grades three through 12. In 2013, she established COI Ladder Institute to focus on delivering leadership and empowerment services to millennials and women.

In 2004, Berrien established the Karl H. Lewis Engineering Impact Alumni Fund for Pitt students of underrepresented groups enrolled in engineering. She later elsewhere established, in honor of her aunt, the Talibah M. Yazid Academic Excellence scholarship for college-bound high school seniors with a GPA of 3.0 or greater.

Between 2010 and 2012, Bridgett-Jones led the Office of Policy, Planning and Public Diplomacy at the U.S. Department of State’s Bureau of Democracy, Human Rights and Labor in groundbreaking advocacy on internet and religious freedoms and served as a member of the White House National Security Staff interagency committee. She previously managed C-suite affairs at the U.N. Department of Political Affairs, working on preventive diplomacy plans in South Asia.

Bridgett-Jones launched the Scholars in the Nation’s Service Initiative at Princeton University to encourage talented women and men to enter public service. She has taken on lead roles with Global Kids, an organization that develops youth leaders for the global stage. She also serves as a member of the Board of Visitors for Pitt’s Graduate School of Public and International Affairs.

Wen-Ta Chiu serves as a co-CEO of California-based AHMC Healthcare Inc., a hospital and health system committed to improving access to health care services for the most vulnerable members of the San Gabriel, California, community.

In 2011, Chiu was appointed Minister of the Ministry of Health and Welfare in Taiwan. During nearly four years of service, he successfully implemented the second-generation National Health Insurance, along with many other health policies. He also led the ministry through several public health crises in Taiwan. Prior to his appointment as minister, Chiu led the successful growth of Taipei Medical University, a world-class medical university and hospital system.

Chiu is an accomplished traumatic brain injury researcher who has made significant leadership contributions in public health through the Asia-Pacific Academic Consortium, the Academy for Multidisciplinary Neurotraumatology, the Taiwan Neurotrauma Society and the Asia Oceania Neurotrauma Society. His numerous career honors include earning the Contribution Award for Public Health from the Asia-Pacific Academic Consortium, distinction as a Distinguished Alumnus of Pitt’s Graduate School of Public Health and the University’s Legacy Laureate Award.

Adam C. Walker is CEO of Summit Packaging Solutions, a leading global supply chain firm, taking the helm in 2014 and applying nearly 20 years of industry expertise to set in motion an accelerated growth strategy. Walker previously co-founded Homestead Packaging Solutions, overseeing facilities in Tennessee and Michigan and garnering industry recognition such as the National Minority Supplier Diversity Council’s Supplier of the Year and the U.S. Department of Commerce–MBDA Manufacturer of the Year.

Walker was a National Football League player for seven consecutive seasons, beginning and ending his career with the Philadelphia Eagles in 1990 and 1996, respectively. From 1991 until 1995, he played for the San Francisco 49ers, including the 1994 Super Bowl championship team.

Walker has earned the Atlanta Tribune Men of Distinction award and recognition as a New Pittsburgh Courier Men of Excellence honoree. He serves as a member of the Board of Directors for the National Minority Supplier Diversity Council and as a member of Procter & Gamble’s Supplier Advisory Council.

Two Swanson School Alumni Elected to Pitt's Board of Trustees