When materials science senior Clement Ekaputra was a youth, he wanted to help rockets fly in space. In high school, he always enjoyed his science and math classes. For him, pursuing a degree in engineering seemed like a natural choice. “Coming into Pitt, I thought that developing materials that are lighter, stronger, and last longer would be the best way to get into aerospace” he said, “Materials science seemed like an interesting field.” So, in the fall of 2015, Ekaputra entered the Swanson School of Engineering at the University of Pittsburgh. He is now set to graduate this Spring with a bachelor’s degree in materials science in engineering and minors in math and French language.

Ekaputra recalls one of the first classes he took his first semester at Pitt, honors calculus. He mentioned how challenging it was for him at first, but the passion and excitement from his professor, Dr. Chris Lennard, helped him to succeed.  He credits this success for giving him the confidence to believe he could succeed in all his future classes as well.

However, it was a MEMS class, Mechanics of Materials with Professor Tevis Jacobs, which Ekaputra named his favorite.  He commented on Dr. Jacob’s ability to make the course engaging and interesting. Though he was already interested in solid mechanics previously, this course inspired him to pursue the field even further by choosing to study it in graduate school.

Classes aren’t the only thing Ekaputra enjoys about Pitt, he is also involved in the Pitt table tennis team and handbell ensemble.  But most notably, Ekaputra is a pianist.  He started playing when he was 3 years old.  His parents saw his potential and enrolled him in lessons.  At first, Ekaputra admits that he did not enjoy his formal lessons and he hated practicing.  He says over time though, he grew to enjoy it more and has participated in quite a few performances and competitions. 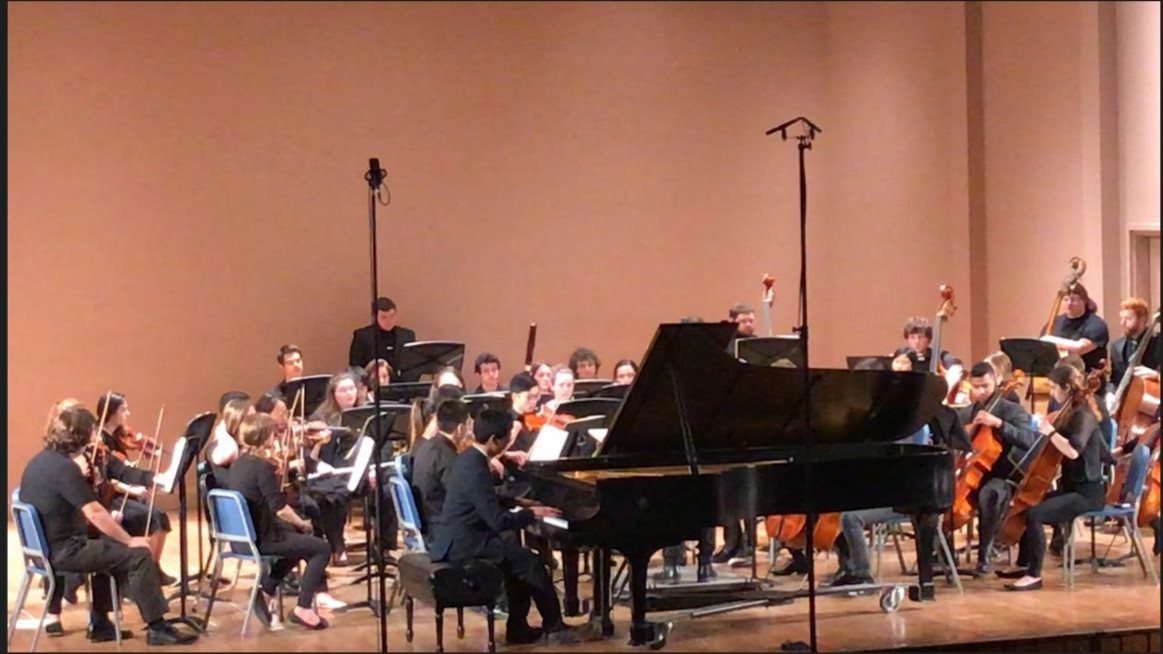 Ekaputra playing with the University of Pittsburgh Orchestra

Now, playing the piano is mostly for relaxation. He says, “I find it incredibly fulfilling to learn how to play difficult pieces, in the same way that completing an engineering project or running a marathon is fulfilling.” Ekaputra takes lessons from Dr. Tina Faigen in Pitt’s Music Department. He says Dr. Faigen has greatly helped him to improve his skills and he has a great experience playing at Pitt (see link).  He also recently performed a concerto with the Pittsburgh Symphony Orchestra. While he no longer competes and does not intend to be a famous concert pianist, he does plan to continue playing the piano and would be interested in playing in church or with a choir someday.

In addition to classes, clubs and hobbies, Ekaputra has gotten an ample amount of research experience during his time at Pitt too. He said he always knew that research was something he wanted to get involved with.  The summer after his freshman year, he worked for Dr. Albert To in a summer research program where he studied finite element modeling and topology optimization related to additive manufacturing. The following summer he took a position developing inexpensive sediment microbial fuel cells in his hometown near Philadelphia. This experience gave him the opportunity to travel to Indonesia to work on developing sustainable products using local agricultural waste. He was then given the opportunity to present his work at a conference.

By his junior year, Ekaputra knew his area of interest lied in structural materials, so he began working in Dr. Isaac Garcia’s lab and completed his senior research project with him on iron alloys for jet turbine applications.  This past summer, he did a Research Experiences for Undergraduates (REU) program with Massachusetts Institute of Technology (MIT).

Ekaputra notes that internships and co-op experiences are two of the most defining parts of his experience at Pitt.  He did a co-op at Mine Safety Appliances (MSA) this past summer.  His projects there pertained to material selection, operations support, and failure analysis for the design and manufacturing of safety products.

He says, “Although ultimately, I decided that I preferred research over industry, working at MSA really taught me a lot about professional development and how research and industry are connected.”  He notes that it wasn’t until he began having research and industry experiences that he really learned that engineering was right for him. “Figuring out how to connect different pieces of information that I learned in school, and using it to develop something new, is what I really enjoy.”

After graduation, Ekaputra plans to pursue his PhD in materials science, specializing in materials for aerospace application. He is currently in the process of deciding which school he will attend.  Wherever he ends up, he knows he would like to work to send humans to space, maybe even at NASA, though he believes he will enjoy doing research anywhere.

He says, “The best part of Pitt engineering, in my opinion, is the variety of opportunities afforded to students, like co-op, study abroad, and the vast variety of clubs and organizations that students can join. These are all things I’m grateful to have had the opportunity to pursue, and which have defined my undergraduate studies.”

We wish Ekaputra the best of luck in all his future endeavors!