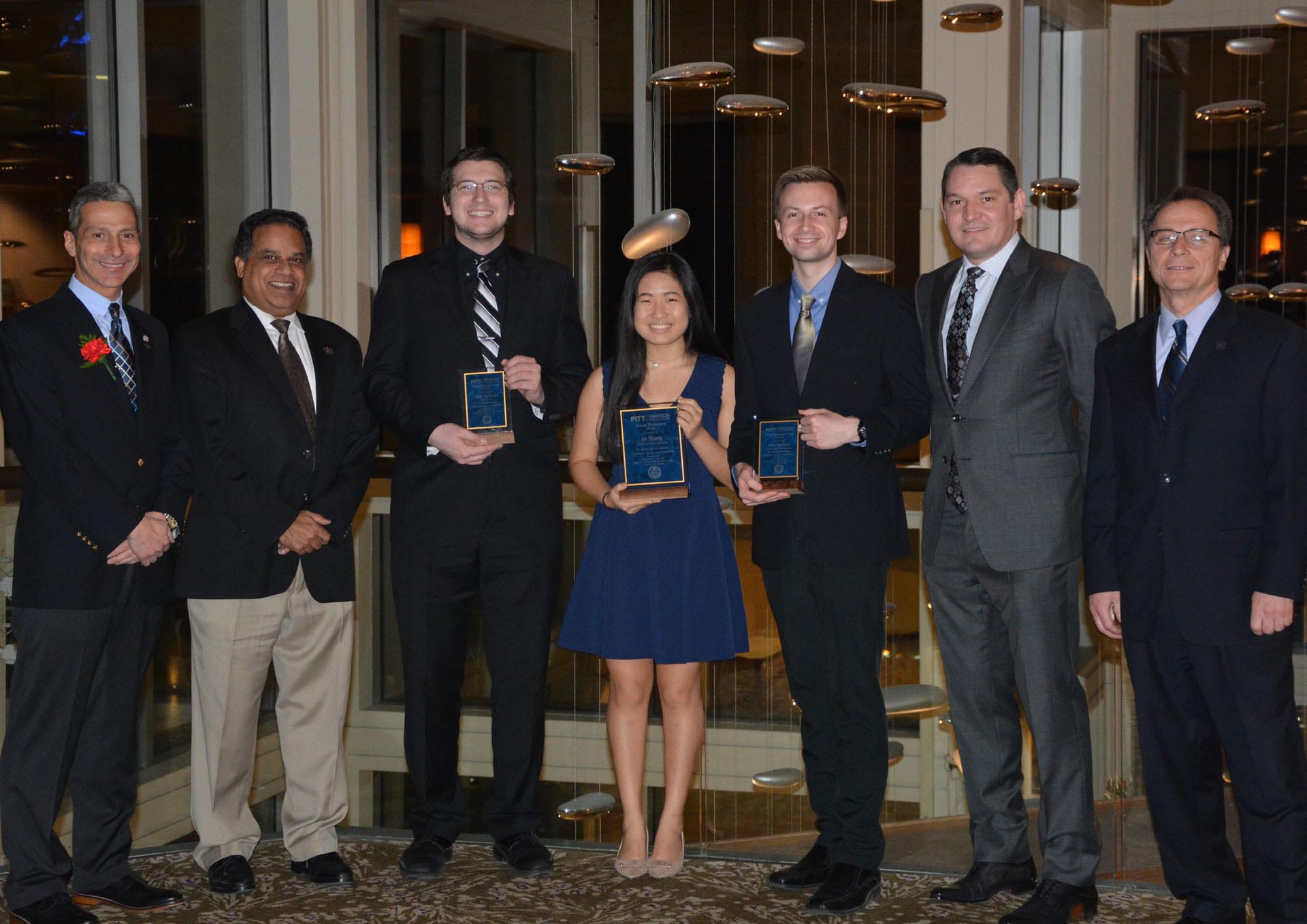 PITTSBURGH (February 16, 2018) … Last night as engineers from across the region gathered to attend the 134th Annual Engineering Awards Banquet of the Engineers’ Society of Western Pennsylvania (ESWP), the University of Pittsburgh’s Swanson School of Engineering announced its recipients of the George Washington Prize. This year’s recipient is Le Huang, an undergraduate student in bioengineering and an active member of the Swanson School community during her time at Pitt.

Huang works as a research assistant in the Cardiovascular Systems Laboratory where she is developing a MATLAB-based mathematical model of the human cardiovascular system. Prior to that, she worked in the Cognition and Sensorimotor Integration Laboratory and has been a teaching assistant for several bioengineering and chemistry courses.

Additionally, Huang is involved in Pitt’s Society of Women Engineers (SWE) where she serves on the executive board, co-chairs the Women in STEM Conference, and acts as an outreach activity leader for K-12 students. Pitt’s award-winning SWE chapter organizes events around the city of Pittsburgh to young women to explore STEM opportunities.

“The Swanson School is proud to recognize Le and the other finalists for their outstanding accomplishments at Pitt,” said Gerald D. Holder, U.S. Steel Dean of Engineering at Pitt. “Le and her colleagues are very deserving of this competitive award, and we think they will be successful Pitt Engineering alumni.”

The George Washington Prize, founded in 2008, honors the first President of the United States and the country’s first engineer. Its mission is to reinforce the importance of engineering and technology in society, and the enhance the visibility of the profession across the Swanson School’s engineering disciplines.

The annual award recognizes Pitt seniors who display outstanding leadership, scholarship and performance as determined by a committee of eight professional engineers and Swanson School faculty. Winners receive a $2500 Dean’s Fellowship and award plaque. An additional $7,500 is awarded to the winner if he or she attends graduate school at the University of Pittsburgh.

Founded in 1880, ESWP is a nonprofit association of more than 850 members and 30 affiliated technical societies engaged in a full spectrum of engineering and applied science disciplines. Now in its 134th year, the annual Engineering Awards Banquet is the oldest award event in the world - predating the Nobel Prize (1901), the American Institute of Architects Gold Medal (1907), and the Pulitzer Prize (1917).