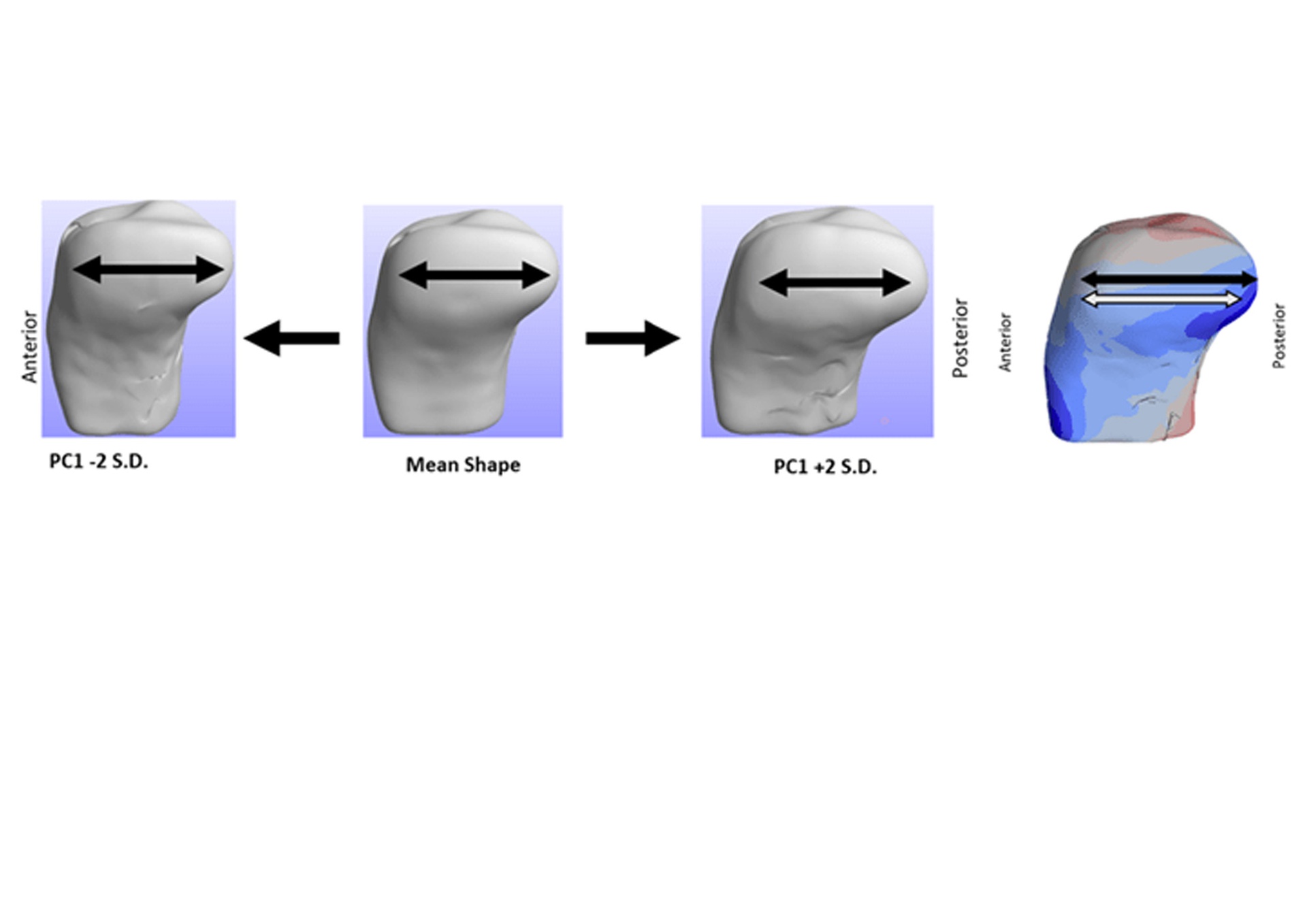 Results of this study demonstrate that there are more bony morphological features predisposing individuals for ACL injury than previously established.

In the study, statistical shape modeling was employed to assess three-dimensional (3D) bony morphology between:

Surface models were created by segmenting bone from bilateral computed-tomography scans of:

ACL injured knees were determined to have a more lateral femoral mechanical axis and a greater angle between the long axis and condylar axis of the femur. A smaller anterior-posterior dimension of the lateral tibial plateau was also associated with ACL injured knees.

Results of this study demonstrate that there are more bony morphological features predisposing individuals for ACL injury than previously established. These bony morphological parameters may cause greater internal and valgus torques increasing stresses in the ACL. No differences were determined between the ACL injured knees and their uninjured contralateral knees demonstrating that knees of ACL injured individuals are at similar risk for injury.

Further understanding of the effect of bony morphology on the risk for ACL injury could improve individualized ACL injury treatment and prevention.

Read more about this study on PubMed.