We Have a Quorum 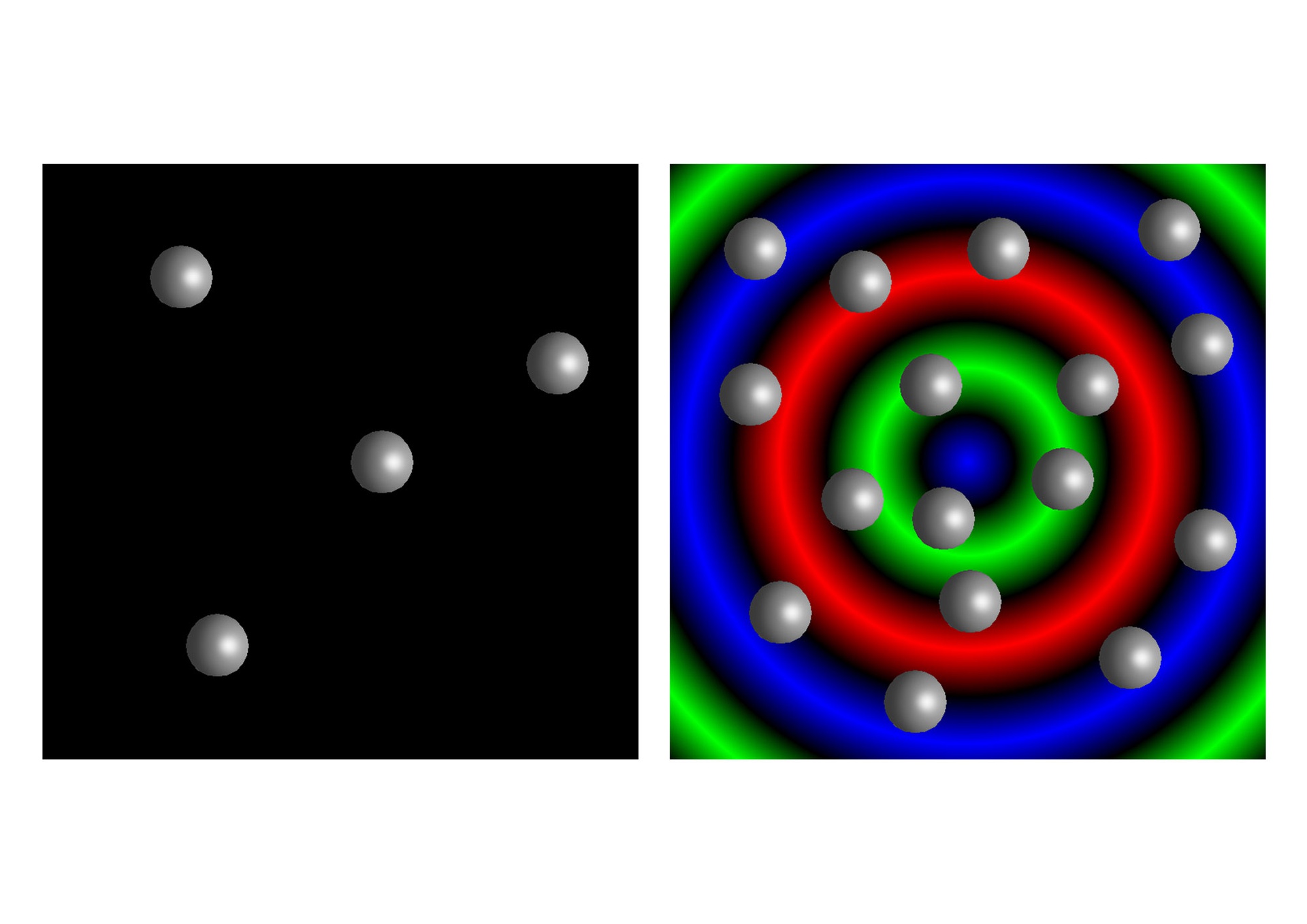 PITTSBURGH (July 25, 2017) … From the smallest cell to humans, most organisms can sense their local population density and change behavior in crowded environments. For bacteria and social insects, this behavior is referred to as “quorum sensing.” Researchers at the University of Pittsburgh’s Swanson School of Engineering have utilized computational modeling to mimic such quorum sensing behavior in synthetic materials, which could lead to devices with the ability for self-recognition and self-regulation.

The findings are based on research into biomimetic synthetic materials by Anna C. Balazs, Distinguished Professor of Chemical and Petroleum Engineering, and post-doctoral associate Henry Shum, who is now an assistant professor of applied mathematics at the University of Waterloo. The article, “Synthetic quorum sensing in model microcapsule colonies,” is published this week in the journal PNAS (DOI: 10.1073/pnas.1702288114).

“Quorum sensing (QS) is a distinctive behavior of living organisms that allows them to initiate a specific behavior only when a critical threshold in population size and density are exceeded,” Dr. Balazs explained. “This tunable self-awareness is apparent in macro systems such as bees selecting a site for a new hive, but is vital to cellular systems like bacteria, which produce and secrete signaling molecules that act as “autoinducers” once a specific population is reached. Creating a biomimetic response can allow synthetic materials to effectively “count”; this is, to sense and adapt to their environment once a preprogrammed threshold is reached.”

In a biological system, autoinducers in low concentrations diffuse away and therefore do not trigger response. Hence, the system is in a type of “off” state. However, when the cells reach a specific number or quorum, the production of autoinducers leads to a detection and response. This “on” state increases the production of the signaling molecule and activates further metabolic pathways that are triggered by QS, coordinating the colony behavior.

“However, autoinducers tend to maintain the “on” state once activated so the system is less sensitive to subsequent decreases in the population,” Dr. Shum said. “For self-regulating materials to unambiguously determine their present density, we modeled a colony of immobile microcapsules that release signaling chemicals in a “repressilator” network, which does not exhibit the same “memory” effect. Instead, we found that chemical oscillations emerge in the microcapsule colony under conditions that are analogous to achieving a quorum in biological systems.”

The researchers note that their findings could inspire new mechano-responsive materials, such as polymer gels with embedded QS elements that would activate a certain chemical behavior when compressed, and then switch off when stretched, or when a specific temperature is reached.

“For example, you could have a robotic skin that solidifies to protect itself at a certain temperature, and then becomes “squishy” again when the temperature drops to a nominal level,” Dr. Balazs adds. “Although our work is computational, the results show that the creation of self-recognizing and self-regulating synthetic materials is possible.”

This research was supported as part of the Center for Bio-Inspired Energy Science, an Energy Frontier Research Center funded by the U.S. Department of Energy, Office of Science, Basic Energy Sciences under Award DE-SC0000989.

We Have a Quorum