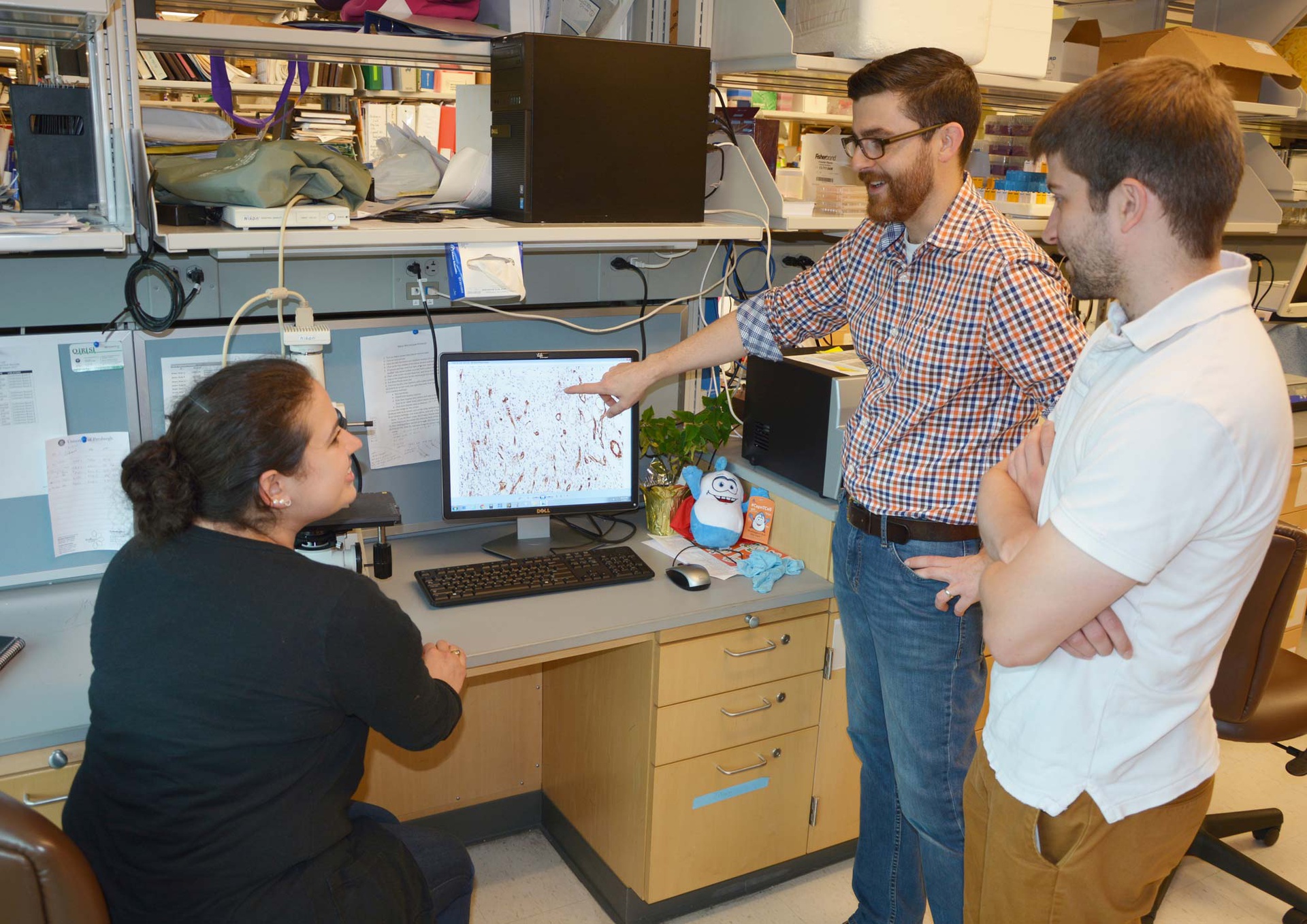 PITTSBURGH (July 10, 2017) … As a rule, implants and the immune system don’t get along. The human body recognizes these materials as foreign substances and tries to fight them like a virus or bacteria. Although this response can cause trouble for doctors and patients, new research at the University of Pittsburgh suggests the immune system can actually assist the body in accepting implanted biomaterials.

The National Institute on Aging, one of the 27 Institutes and Centers of the National Institutes of Health (NIH), has awarded Bryan Brown, assistant professor of bioengineering at Pitt’s Swanson School of Engineering, a five-year, $1.57 million R01 grant to examine how aging affects implantable medical devices. This is the second R01 grant from the NIH Dr. Brown has received this year to support his research of implantable materials.

His study, “Assessing the Impacts of Aging upon the Macrophage Response to Implantable Materials,” will specifically address reactions to implantable medical devices by the aged body, including immunosenescence (a deterioration of the immune system brought on by aging), dysregulation of white blood cell function and polarization, and delayed resolution of acute immune responses.

“The impacts of aging on individuals with implants have never been investigated,” said Dr. Brown. “As Baby Boomers in particular age, the number of people over 65 will grow, and more than 75 percent of these individuals have at least one chronic condition, usually associated with inflammation. We need therefore a better understanding of how aging affects the immune system’s responses to implants.”

Dr. Brown will build upon earlier research in which he demonstrated that the host inflammatory response is critical to the success and function of implants. His study found that the first week of macrophage activity (a type of white blood cell) at the implant site could predict immune system response as far as 90 days down the road. By controlling the immune system response, Dr. Brown and his team are looking for the best way to lengthen the lifespan of implants and minimize the negative effects of implanting a foreign object into the body.

“Really, the challenges are not fully known,” explained Dr. Brown. “Many implants are used primarily in older individuals, so there is not always a point of comparison. However, in our previous work, we have demonstrated that the host inflammatory response is critical to success and function of implants. Therefore, we are trying to define changes in aged individuals to develop informed approaches to improving implant function in this population. With a projected two billion individuals over the age of 65 by 2050, optimizing the success of implants that can treat a wide range of illnesses could result in significant benefits for patients in their golden years.”