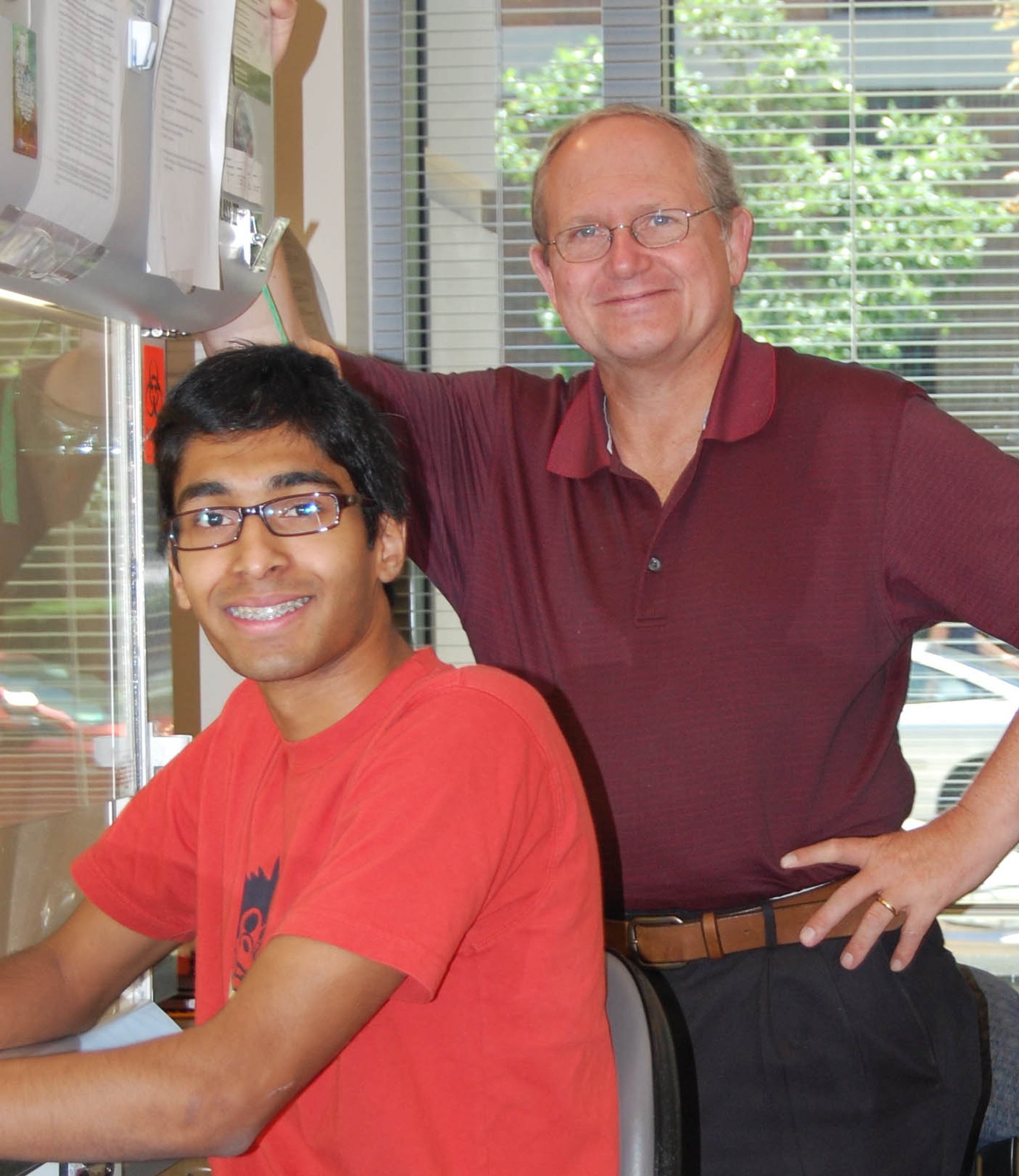 When most 7th graders are playing summer sports or sharing pizza with friends, Ishan Chatterjee began studying tissue regeneration at a summer camp entitled "A starfish can grow a new arm, why can't I?"
Now entering his senior year of high school, Chatterjee is performing hands-on cancer research, as one of 25 high school students across the University of Pittsburgh's medical centers taking part in intensive classes and hands-on research at the Hillman Cancer Center, Genentech, Magee Women's Hospital, and the School of Public Health.
He is supervised by Michael Lotze, Professor of Surgery and Bioengineering, at the University of Pittsburgh Cancer Institute (UPCI) Summer Academy. Lotze is also the vice chair of research within the Department of Surgery and the assistant vice chancellor of the six schools of the Health Sciences at the University of Pittsburgh;
"We see real value in going as far down the rabbit hole as we can go," said Lotze. He explains that the program entails comprehensive cancer biology, pushing the students to learn with a targeted focus, which in turn, enables students to pursue real lab work rather than teacher-generated assignments.
Lotze has become a mentor to Chatterjee, helping him with his education, research, and career focus. The mentor relationship began when Chatterjee took special interest in an oncology paper, drawing diagrams, and attempting to understand what he was reading, all the while leafing through a dictionary as he read. The discussions led to peaked interest and a summer spent studying and researching.
Chatterjee's passion and initiative show through in his enthusiasm for the program and his anticipation for the future with goals to pursue bioengineering.
"Ever since a young age I've been interested in building and engineering," said Chatterjee, "I was building Lego cities and buildings."  Chatterjee combined his love of engineering and of medicine and hopes to attend the Swanson School of Engineering studying bioengineering after finishing up high school this spring.