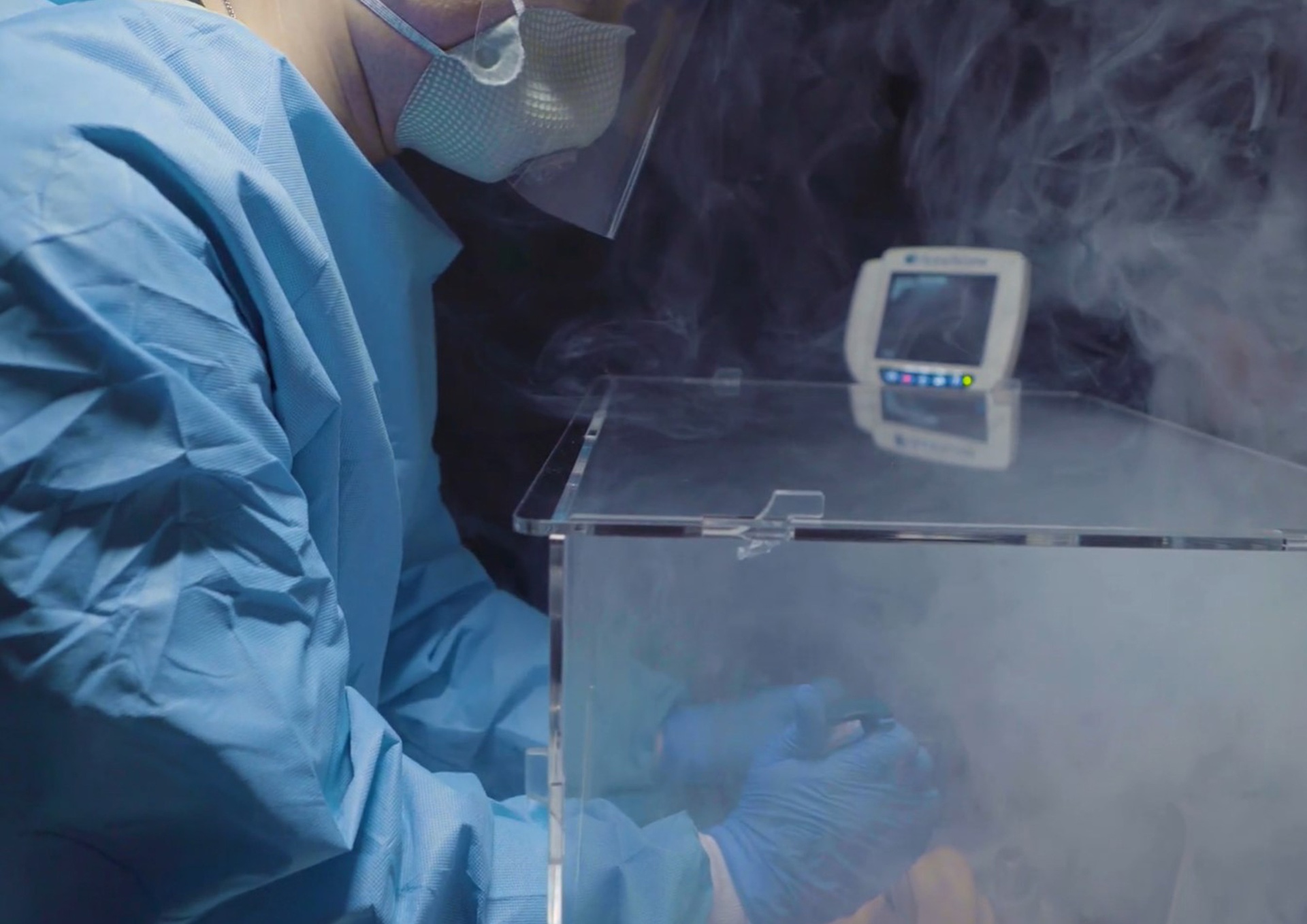 Reposted from Pittwire. Click here to view the original story.

In settings where personal protective equipment (PPE) is in short supply, inserting a breathing tube down a patient’s throat poses a major risk of SARS-CoV-2 exposure for doctors and nurses as viral particles are released into the air.

Researchers from the University of Pittsburgh, UPMC and the U.S. Army Combat Capabilities Development Command’s Army Research Laboratory created an individual biocontainment unit, or IBU, to keep front line health care workers safe while they provide life-saving care. The device is described in a study published Sept. 3 in the Annals of Emergency Medicine.

Earlier attempts to minimize exposure to health care workers involved placing a plexiglass intubation box over a patient’s head and shoulders. Clinicians place their hands through two large holes in the box to intubate the patient inside. While such a device may contain the worst of the splatter, it can’t keep aerosols from leaking out.

The IBU is designed to suck contaminated air out of the box with a vacuum and trap infectious particles in a filter before they seep into the room.

Simulating a COVID-19 patient, the researchers placed a mannequin inside the IBU as well as in a commercially available intubation box. Near its mouth, they piped in an oil-based aerosol which formed tiny droplets in the air, similar in size to the SARS-CoV-2 particles in breath that spread COVID-19.

The IBU trapped more than 99.99% of the simulated virus-sized aerosols and prevented them from escaping into the environment. In contrast, outside of the passive intubation box, maximum aerosol concentrations were observed to be more than three times higher than inside the box.

“Having a form of protection that doesn’t work is more dangerous than not having anything, because it could create a false sense of security,” said Turer, the study’s co-lead author and a plastic surgeon who recently completed his residency at UPMC.

Because of concerns about the potential of airborne viruses to leak from the plexiglass boxes, the Food and Drug Administration recently revoked their Emergency Use Authorization (EUA) for these enclosures. Several months ago, Turer and colleagues submitted an EUA application for the IBU and are preparing to manufacture the devices for distribution.

“It intentionally incorporates parts from outside the medical world,” said Turer. “So, unlike other forms of PPE, demand is unlikely to outstrip supply during COVID-19 surge periods.”

“The ability to isolate COVID-19 patients at the bedside is key to stopping viral spread in medical facilities and onboard military ships and aircraft,” said study co-lead author Cameron Good, a research scientist at the Army Research Laboratory.

Devices similar to IBUs were first used in practice by military personnel in the Javits Center field hospital in New York City when local hospitals were overrun with COVID-19 patients during the first wave of the pandemic.

Once the EUA is granted, hospitals and military units will be able to use the IBU to protect health care workers caring for COVID-19 patients.

Additional authors on the study include Benjamin Schilling and Heng Ban of the University of Pittsburgh; Robert Turer of Vanderbilt University Medical Center; Nicholas Karlowsky of Filtech; and Lucas Dvoracek, Jason Chang and J. Peter Rubin of UPMC.

This work is supported by the University of Pittsburgh Center for Medical Innovation.