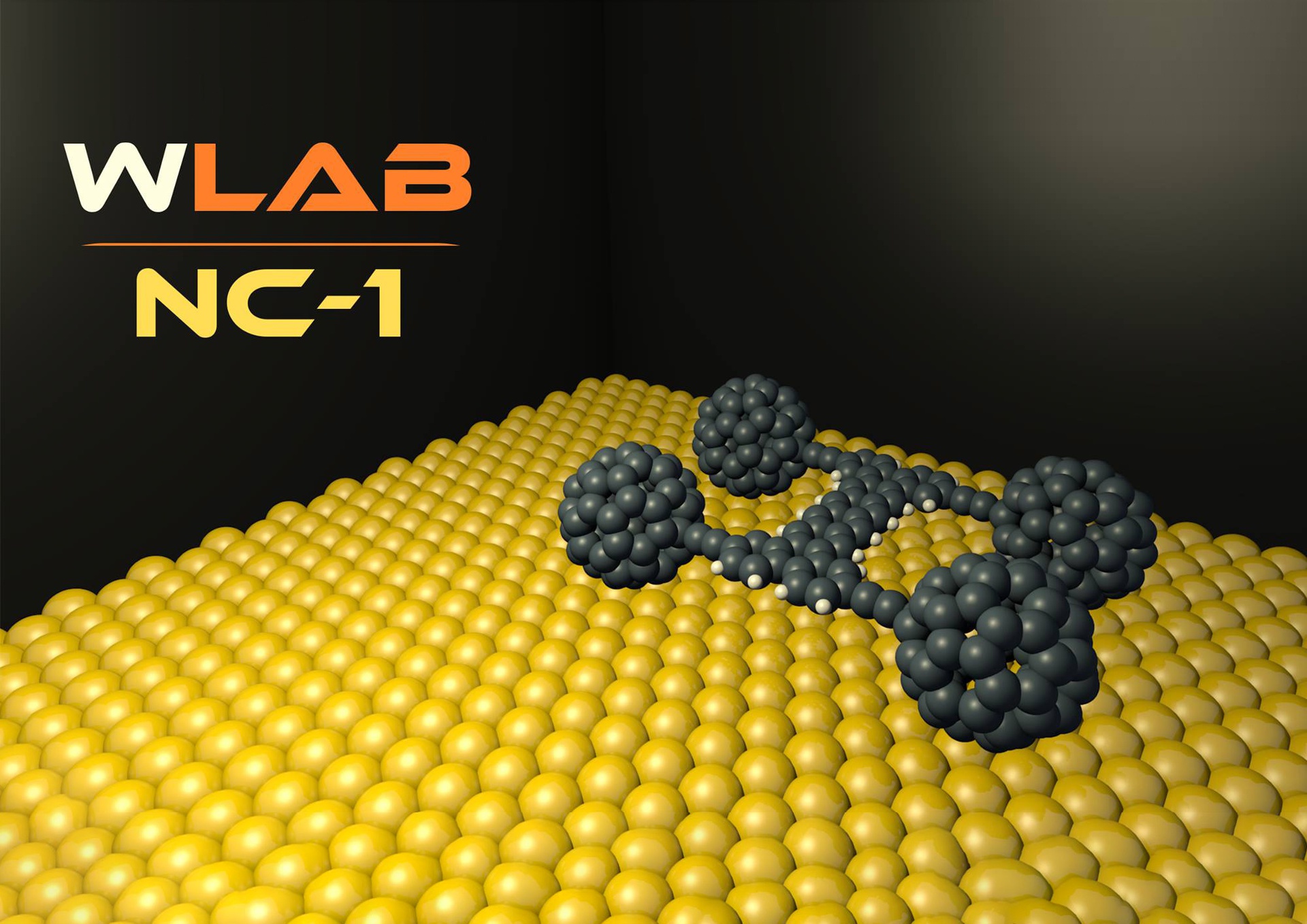 PITTSBURGH (June 20, 2019) … In 2017 six teams of scientists from around the globe came together for the world’s smallest car race. But there were no revving engines or steering wheels in this competition - only a group of scientists behind a computer, navigating molecular vehicles on a disc 100 times thinner than a strand of hair.

The International Nanocar Race, hosted by the French National Center for Scientific Research in Toulouse, plans to relaunch this event in 2021, and researchers from the University of Pittsburgh want to create a way to help participants prepare.

Kutay Sezginel, a chemical engineering PhD candidate at the Swanson School of Engineering, developed software that can be used to design these molecular cars and hopes to facilitate a way for scientists to come together for a computational version of the car race. This work was done in collaboration with his research advisor Christopher Wilmer, assistant professor of chemical and petroleum engineering at Pitt.

Sezginel created a short movie about the nanocar race and how computational modeling can be used to help design better nanocars.

The International Nanocar Race gives scientists the opportunity to use a special electron microscope to simultaneously study up to four molecular cars. Participants have separate monitors and controls to operate their vehicles, and each nanocar is placed on individual gold surfaces fitted with zig-zagged grooves that they must maneuver to reach the finish line 100 nanometers away.

This video game-like experience is an opportunity for scientists to advance their understanding and control of molecular motion.

“The drivers are not allowed to touch or push the cars with the microscope; instead, they use electrons from the tip of a scanning tunneling microscope (STM) to move their molecules,” Sezginel explained. “As electrons flow through the molecule, its chemical structure determines how the nanocar moves. It affects things such as the speed and directionality of its motion.”

Sezginel and Wilmer believe that their computational approach could help participants find better ways to model the motion of nanocars. They hope to host a computational version of the race that could function as a more time efficient and economical method of testing and fine-tuning design materials.

“The design of the nanocar is important and has an impact on performance,” Sezginel said. “Using computation to improve our understanding of which methods and molecular designs better model diffusion will allow us to create high quality nanocars without cumbersome lab experiments.”

Their computational race may also prove useful as a training simulation for participants of the second International Nanocar Race.

In February 2018, when the second nanocar race was announced, 23 teams declared an interest in participating, and by mid-2018, 13 teams from eight countries pre-registered for the event.

“It’s my sense that designing better nanocars today is at least 50 percent art and 50 percent science,” said Wilmer. “Having this nanocar race allows individuals to demonstrate that they can make non-arbitrary changes to small molecules to impart some simple function.”