100 Years of Industrial Engineering at Pitt

A look back at the beginnings, impact, and future of one of the first IE departments in the world

In 1920, the University of Pittsburgh’s School of Engineering announced the formation of the Department of Industrial Engineering the following year “in order to meet the growing demands of modern industry for men well equipped with a knowledge of the principles of engineering and also with the fundamentals of industrial organization and management.” The Department is one of the three oldest in the world, and for its 100th anniversary we’re looking back at its beginning, its impact and its future.

“...perhaps a better term would be ‘Executive Engineering’”

With courses in Credits and Banking, Business Law and Public Utilities in addition to basic engineering principles, the nascent Department of Industrial Engineering sought to prepare students for leadership in industry, such as the booming Pittsburgh steel industry of the time. Students would learn to manage people as well as machinery, building skills that would create safe, efficient industrial environments. The original industrial engineering coursework applied scientific rigor and engineering principles to things like hiring and retaining workers, the advertising and sale of products, and the effective transportation of shipments.

In the 1920 Chancellor’s Report, the formation of the Department is noted alongside mutually beneficial co-op programs for young engineers-in-training and local industrial partners: “A further development of the co-operative idea led at once to a development of Industrial Engineering, or perhaps a better term would be ‘Executive Engineering.’”

The first chair of the Department was John Wishart Hallock, who joined the faculty in 1915 after earning his mechanical engineering degree from Pitt in 1912. He joined the school as advisor to all students in co-operative work, placing them in plants and monitoring their progress, before launching the Department of Industrial Engineering.

A 1915 Pitt News article about Hallock’s appointment stated, “Owing to the large number of industrial plants of all kinds in this region, Pitt has unusual facilities for the offering of this feature of engineering work.”

Industrial engineering was developed at the intersection of people and machine, to facilitate the safe, efficient and optimal relationship between the two. The original goal of the department was to prepare its students to be industry leaders.

Today, that ultimate goal of optimization and organization remains the same, but a third factor—computers—has spurred the field to evolve and expand. 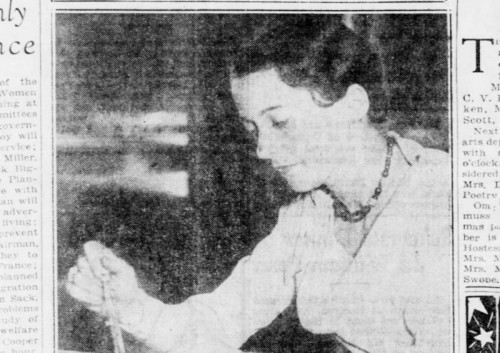 The Women of Industrial Engineering

In 1933, Emmy Lou Haller became the first woman to graduate from Pitt with a degree in engineering, and her chosen discipline was industrial engineering. Haller told the Pittsburgh Post-Gazette, “It takes a lot of courage to go into a school where the students are all men.”

Haller’s research at Pitt included studying downtown department stores and determining the amount of light that attracts the most public attention to store window displays.

“I think the average woman can accomplish more with a buttonhook or a hairpin than the average man does with the aid of a step ladder, a whole set of tools, and a wife to hand him things,” she said in the Post-Gazette article. Her enthusiasm for engineering and bold career move helped open the door for other women to enter the field.

Today, first-year female recruitment in the Swanson School of Engineering is nearing 40 percent, and women represent a third of the undergraduate population and more than a quarter of graduate students. That’s an impressive feat for a discipline that is typically male-dominated – and above the 21.9 percent of women who earned engineering degrees in the U.S., according to a 2018 study by the American Society for Engineering Education.

“Industrial engineers are the productivity people, human factors people, optimization people. Taking complex interacting variables that make a production line run—balancing a system so we maximize throughput, minimize resources, and run safely and efficiently. It could be something as simple as making sure someone reaching across a workstation reaches the shortest distance.” 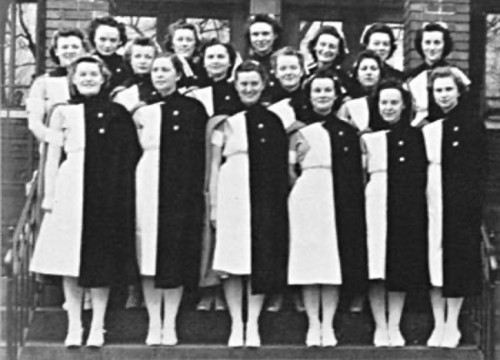 From 1946 to 1957, Dean of Pitt’s School of Nursing Ruth Perkins Kuehn, Associate Professor in Health Professions Harold Smalley, and founders of a scientific management company Frank and Lillian Gilbreth collaborated to infuse industrial engineering principles in Pittsburgh Hospitals. With their work implementing industrial engineering to optimize healthcare in the School of Nursing, the discipline of Health Systems Engineering was born.

Bopaya Bidanda, Ernest E. Roth Professor, is working with Associate Professor Bo Zeng, Professor Jayant Rajgopal, and researchers at UPMC to optimize blood transfusion services in Kenya. The interdisciplinary team will lean on Industrial Engineering's expertise to examine the supply chain and implement techniques to ensure that donated blood gets to wherever it's needed.

“Then and now, our goal has always been to produce the best problem solvers in the world. Our mission is the same, but the tools have changed."

The Future of Industrial Engineering

Starting as one of the first Industrial Engineering departments in the nation, it’s continued to have a significant impact on the profession. Five of the Department's leaders have served in leadership positions in the Institute of Industrial & Systems Engineers (IISE), including former department chair Bopaya Bidanda, who currently serves as president.

Students graduating with degrees in Industrial Engineering today have a broad range of options—even broader than just a few decades ago.

For Bidanda, it is clear that the discipine will continue to evolve as the world presents new challenges.

100 Years of Industrial Engineering at Pitt